One critic hailed Scottish Ballet’s new production of Starstruck as ‘deliciously unconventional’. Yet the stage show tour was just the start of the company’s creativity, as a forthcoming film of the ballet takes the innovation further. It goes beyond merely capturing the live performance, adding more to make it an engaging experience in its own right.

Filming Starstruck in partnership with Marquee TV wasn’t an afterthought. It wasn’t just a way to bring the show to audiences who couldn’t get to the theatre, but was part of the creative process from the start. The director combined an old-fashioned way of filming with modern techniques to produce a beautifully-shot movie, that’s both fresh and references the glamorous Golden Age of Hollywood. 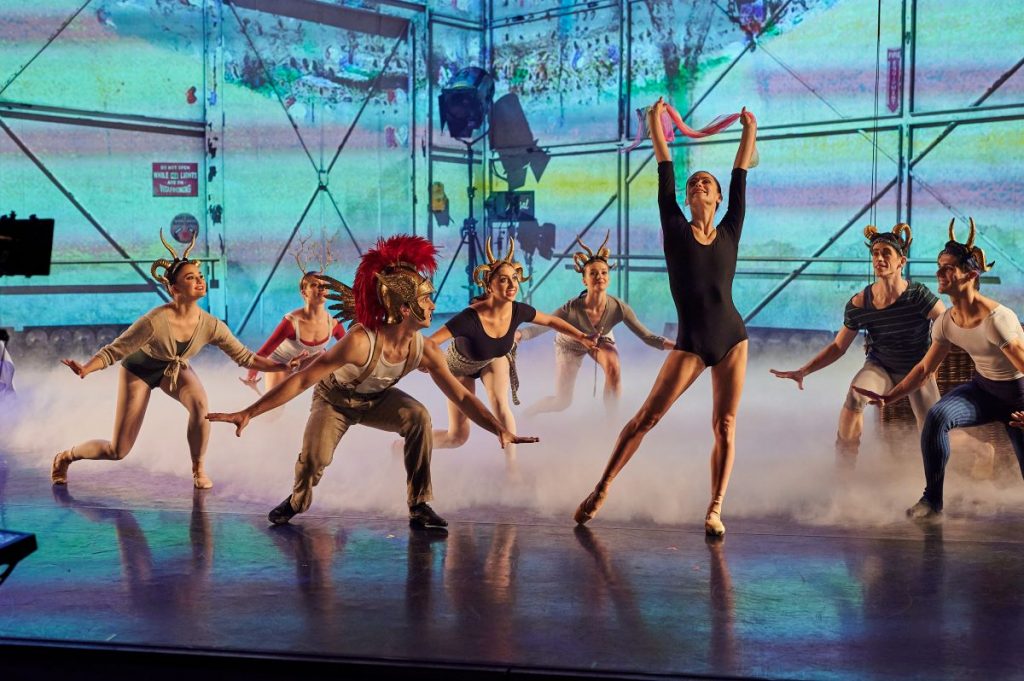 Starstruck is set to Gershwin’s Concerto in F and blends classical ballet with jazz, lindy hop and Charleston. The story sees Greek gods descending to Earth to frolic in the South of France. It is based on Gene Kelly’s rarely-performed ballet Pas de Dieux, a play on pas de deux which translates as No Gods, created for Paris Opera Ballet in 1960. The recent Scottish Ballet tour attracted a raft of five star reviews, with critics calling it ‘exuberant escapism’, ‘leggy, sexy and modern’ and ‘a feel-good comeback’.

The film is produced in partnership with Marquee TV, which brings the world’s best dance, opera, theatre and music on demand to televisions and digital screens. It streams acclaimed performances from the likes of the Royal Opera House, London Philharmonic Orchestra and the Royal Shakespeare Company, and has run successful ticketed events with the likes of New York City Ballet and Signature Theatre Starstruck tickets were available in advance directly from Scottish Ballet and can now be bought for £9.99 via Marquee TV. 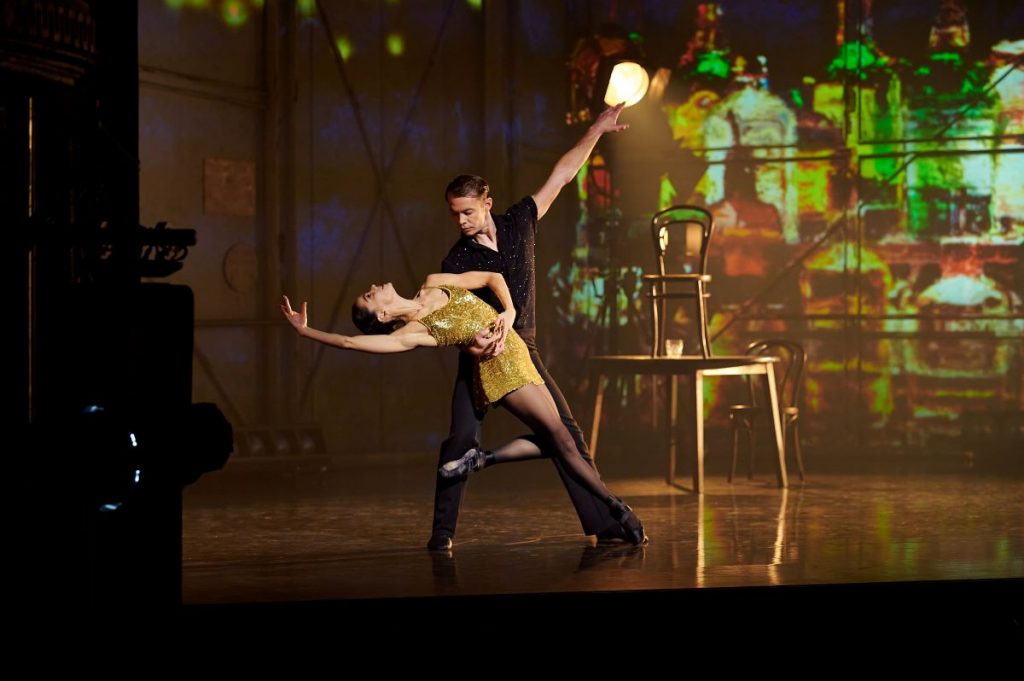 Kate Carter, Scottish Ballet’s Director of Brand, Audience and Digital, says: “We were excited by the idea of challenging the notion that the screen experience is secondary to live performance. We want to create an experience that’s just as satisfying.”

The total cost of filming Starstruck was well into six figures, including additional rights clearances.

Carter explains: “Creative rights agreements for live performance and film differ, so the rights needing to be cleared should be carefully considered from the outset. It’s more challenging if you have to go back and renegotiate clearances for film from the artists and creative team involved.

“Then once you’ve made your beautiful work, how do you get it to market in a way that’s viable? Most companies have used film production as a brand-building exercise, and during the pandemic as an alternative to live shows, but it’s very hard to make a profit.

“We’re quietly confident we can make it work. We believe it’s possible if you have the right product and the right distribution. We distributed our Christmas film, The Secret Theatre, ourselves but it helps that Marquee TV are on board, especially to help market it in the UK and in America.” 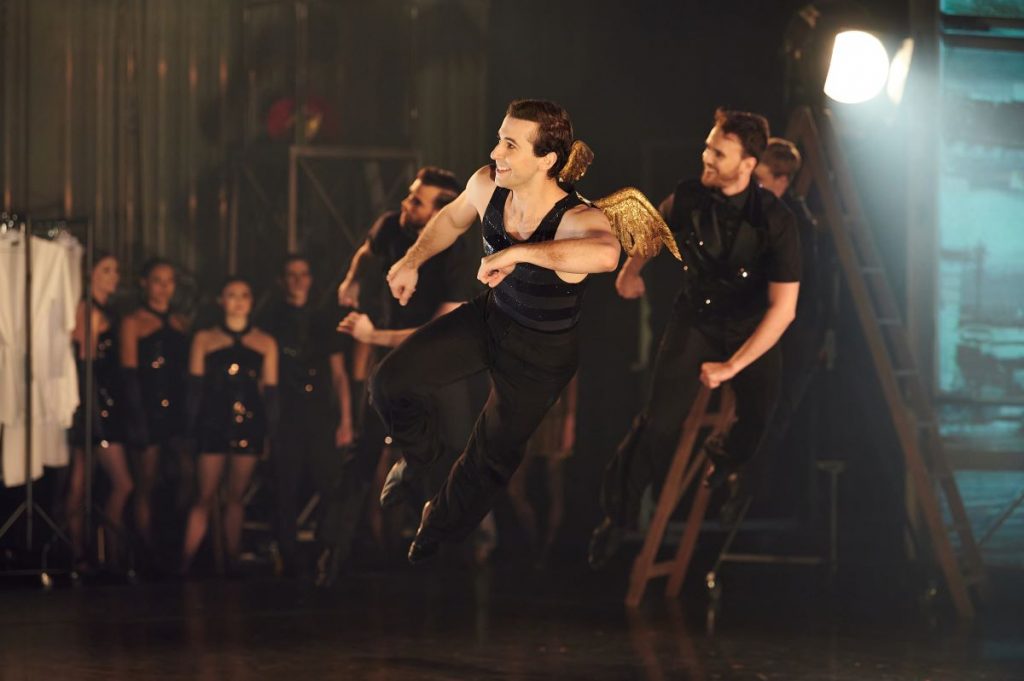 Scottish Ballet’s CEO and artistic director Christopher Hampson points out that some of the benefits of the film may not show up immediately on the balance sheet but will be felt when it reaches a wider audience, leading to more people buying future tickets or joining the membership scheme.

Many people may not realise that Kelly, the legendary song and dance man from Singin’ in the Rain, was an accomplished choreographer and director who also spoke fluent French and Italian. He used the term cinedance when he choreographed specifically for film and even invented a camera off-set called the Ubangi to get low-angle shots.

The existence of his ballet Pas de Dieux was pointed out to Hampson by his widow, Patricia Ward Kelly, a long-time friend of the company. Together they revived the ballet by deciphering Kelly’s handwritten notes.

Hampson says: “It gave me goosebumps to see his scribbles and what he’d crossed out where he changed his mind. I reimagined his ideas and framed it in a bigger story. It’s like setting a jewel in a ring, putting it in a context so it can shine again.

“I added a prologue for the stage production, which opens in the rehearsal room of a ballet company, and the film also has an extra part at the beginning as we see the ballet being built. I was very keen not to just park the camera in front of the stage and film it – the camera is an integral part.”

Starstruck was made in just two days, filming without an audience for a day and a half and then capturing one live performance in Edinburgh at the end of the tour.

It was made by award-winning director Oscar Sansom and his Glasgow-based company Forest of Black. He says: “The biggest challenge, aside from the pressure of realising a Gene Kelly production, was the tight timescale. It was a whirlwind. The joy of working with a company like Scottish Ballet is that they are incredible athletes. They could keep up with the pace and nailed it every time. My camera crew were getting tired before the dancers were.

“They’re also comfortable with filming, as Scottish Ballet has been ahead of the curve with film production and were very quick to jump on it when the pandemic hit.

“One of the first things that came into my head when we started talking about Starstruck was that the camera technique which defined Kelly’s era was the crane with a ride-on operator.

“These days you’d operate it remotely, but I wanted that human element of an operator sitting on a Giraffe crane. We had to fill out more risk assessment forms, but my director of photography was safely buckled in. He was a bit nervous to begin with but he loved it when he got up.

“We also used Steadicam, a beautiful way to capture dance in an immersive way, getting on stage with the dancers. The audience watches a stage production from just one fixed point of view. But with film we can show lots of different angles. You can be right there in a moment with a close-up or watch a spectacle with a wide shot.

“On stage everything is performed to the audience, but in film we can orientate the camera to a character’s point of view. We adjusted some of the choreography, most notably where a group of girls are dancing to a lifeguard. They encircle him, which they don’t in the live show. So even if you’ve seen that, there are slightly different elements in the film, as well as the new intro section.” 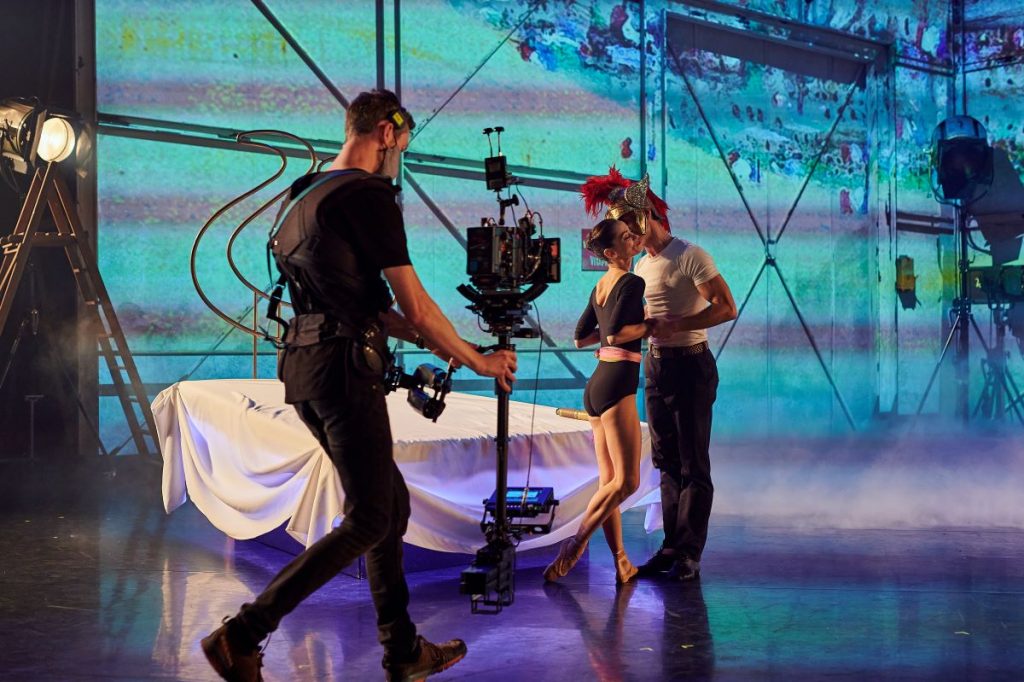 The last words should go to Hampson, who describes Starstruck as “uplifting, glamorous and really entertaining”, adding: “It’s a show that I just look forward to watching. And with a film, you can watch it again and again!”

The viewing period for the film is 26th November 2021 to 5th December 2021. Tickets are available now from Marquee TV for £9.99 a household, and a Marquee TV subscription is not required. Once started, viewers can watch it as any times as they like within 48 hours.